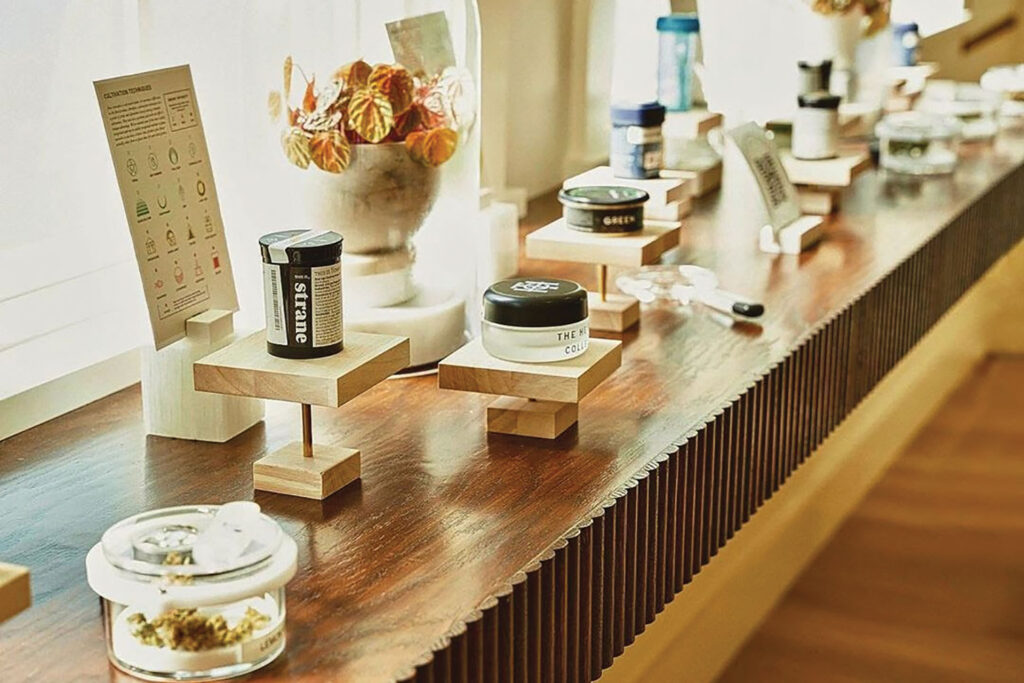 High Life: The Great Barrington Cannabis Race Is On

Just how did the Berkshires become MECCA for East Coast dispensaries?

When Theory Wellness opened up shop in Great Barrington in 2019, it became the first recreational (adult-use) cannabis dispensary in Berkshire County. Unlike most businesses that opened a year before the pandemic began, they posted enviable revenue numbers from the start. Since then, the cannabis market in this area has exploded, and a town that’s home to less than 6,000 people is earning millions in tax revenue from the boom.

Most people would agree Great Barrington, MA, doesn’t have the climate for growing cannabis. Its winters challenge the hardiest of plants with a wicked freeze-thaw cycle and an average low of 15 degrees. Yet, the Berkshires have become the East Coast cannabis hub—weed central.

On the West Coast, Humboldt County, CA (part of what’s known as the Emerald Triangle) has become to flower what Champagne is to sparkling wine, and for similar reasons: the weather is right for it. Emerald Triangle growers enjoy a Mediterranean microclimate that only two percent of the Earth is blessed with—fertile terrain, dry summers and wet but temperate winters. There, plants can grow into veritable “weed trees,” up to 15 feet in height.

But in the Berkshires, most of the grows are indoors. “Indoor grows are very controlled environments,” says Jesse Tolz, marketing director for The Pass, a few minutes south of Great Barrington. The Pass is one of few vertically integrated cannabis companies in Massachusetts to have a mix of indoor, outdoor and greenhouse flower grown on site—they call it “farm-to-label” cannabis. At The Pass, they can test their cultivars in different grow environments to see which strains thrive where, but most state cultivators don’t have that luxury.

So, why the Berkshires and cannabis? Situated but a short-day trip away from New York and Connecticut, the Berkshires are of course a perfect weekenders’ destination to experience legalized cannabis. “A lot of people love the fact that you’re driving past cornfields, past forests, past streams and then you come upon our dispensary,” says Tolz.

The Empire State recently legalized adult use cannabis, and it’ll still take time before that market is buzzing. Many Berkshires dispensaries are planning to get their foot in the New York market, too, though without federal legalization, they’ll have to establish an entirely separate operation in the state; none of the Massachusetts farms can currently legally sell their crop in New York.

But Charlotte Hanna, owner of Community Growth Partners, the parent company of the gorgeously curated Rebelle dispensary, says she hopes to have a leg up once a new store is established. “My hope is that we open up more stores in New York, and that when weekenders make their way up to the Berkshires, it’d only be natural for them to go to their destination of choice that they know from home.”

A common thread among these spaces is something you don’t see everywhere: luxury cannabis. Take Farnsworth Fine Cannabis, a space designed by famed London architect Simon Aldridge, where you can buy everything from $2 rolling papers to $2,000 diamond-encrusted necklaces. “I think we attract the design-centric New Yorker,” CEO and Founder Alexander Farnsworth says. But the gold Cartier lighters and the sparkly high-end products are really all means toward a greater luxury: a space where cannabis is accessible, de-stigmatized and celebrated.

Rebelle owner Hanna says she and her staff try everything they sell to make sure it’s up to their standards. “So much about picking which strain of flower you want is about looking at it and smelling it,” she says. “You can smell flower that hasn’t properly been flushed of nutrients—it smells like chemicals. We try to teach people what quality flower should smell like.” That’s why they put the flower on the shelves, instead of hidden behind the counter.

The location may be perfect for weekenders, but the magic of some of these boutique cannabis retailers is in their love for the community. “We live and work here in the Berkshires,” says Farnsworth. “We’re not some, like, ominous owners that just kind of popped into town. We’re integrated into the fabric of the community.”

Rebelle’s retail design incorporates local makers, including Berkshire Products’ sign and the custom terrazzo countertops by Marvel Designs in Chatham, NY, who matched colors from the wallpaper Hanna had made in LA.

The Pass offers a guide to the best things to do and see in the area, and Farnsworth Fine Cannabis is following suit with their own Berkshires guide.

The secret sauce in businesses such as these, for whom the booming cannabis hub isn’t just a cash grab site, is that it’s home. For East Coast cannabis, too.

This hostess gift is lit.

“When it comes to choosing a hostess gift, I love to think outside the box,” says luxury cannabis dispensary Rebelle’s owner, Charlotte Hanna. “Our new THC microdose breath spray, HALØ, makes for an ideal gift, whether your hosts are experienced users, occasional dabblers or totally new to the cannabis game.”

Hanna recommends starting with one spray “to enhance your mood, then you can continue on until you find your personal sweet spot; the fast-acting formula makes it super easy to control your own experience.” 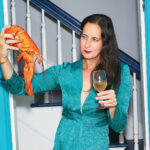 We Have Questions: Gary Shteyngart’s ‘Our Country Friends’ Captured The Pandemic Perfectly