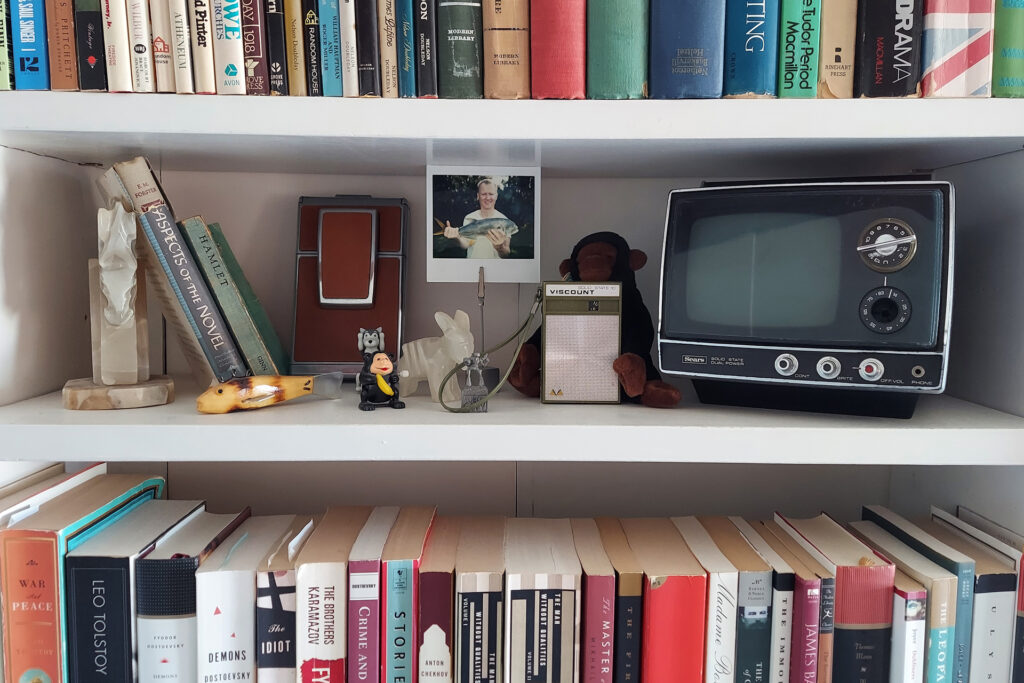 On a night for the ages, an epic baseball game was only a part of the wondrous journey. Play ball!

The National Baseball Hall of Fame in Cooperstown, NY—“nestled between the Adirondacks and the Catskills” as the museum’s website notes—would ordinarily be worth visiting while driving from Manhattan to Montréal or Toronto, as I’ve done on occasional leisurely trips. When venturing north from the City via the Taconic State Parkway, I’ve thought about taking a brief detour to drop by the museum, but it always felt—how shall I say it?—redundant.

For starters, I’ve never been a dedicated fan of Major League Baseball, at least during my adult years. I’ll watch a few mid-season games, typically the New York home teams Yankees and Mets, only to compare how both are doing versus the scathing tabloids. (Non-spoiler alert: I’m watching while also scrolling my smartphone which can serve as a remote for flipping the channel, aka BADD, Baseball Attention-Deficit Disorder). I’ll catch a few insights from the broadcast announcers if only to have an opening quip should a cute guy sit next to me at my local coffee hangout wearing one of their team caps. I also keep an eye on the Boston Red Sox, out of loyalty to certain family members and a best friend who all have an allegiance since birth to Fenway Park and who suffer a Prozac-worthy depression when the Red Sox lose. I’m always ready with a consoling text, though [insert truth emoji] I don’t much care.

Except for the World Series. In line with my Hollywood film piety, I’ll tune into any sport’s championship that could be preceded with “The Oscars of…” Watching the entirety of the best of seven series, I’m bound to root for a team’s home affiliation by default: I know nothing of White Sox statistics and can’t name a player, for example, but, hey, “I love the Windy City.” That said, in 2021, I found myself passionately cheering for the Atlanta Braves over the Houston Astros—cheaters shouldn’t win, pardon my nostalgia—whom they beat in clobbering fashion. My fever pitch in that 4-2 series reminded me I was once very into baseball.

At 14 I was a military brat living at Moody Air Force Base, in Valdosta, GA, where my father was base commander. I listened to the games on my Viscount Solid State 10 transistor radio while doing my homework. Later, thanks to Santa Claus, I’d watch evenings in bed on my Sears Wayfarer Solid State TV’s five-inch black-and-white screen. (Both the olive khaki transistor and the tiny TV still sit on my bedroom bookshelf). It was 1972 and my viewing penchant unexpectedly turned toward a prominent pennant when I came across a newspaper ad one afternoon for the 43rd All Star Game, which was being held in Atlanta that year. Unbeknownst to my parents, I hastily sent away for two tickets—one for me and one for my best friend who lived next door—posting a handwritten letter, including a money order (“What’s a money order?”) which I obtained from the post office with savings from my black market sale of “like new” golf balls I stealthily netted from the golf course pond adjacent to our quarters using my dad’s fishing waders. Lo and behold, two weeks later, I received an envelope in the mail with an Atlanta postmark. Inside were two four-color, high-gloss printed, graphically mesmerizing, All-Star Game tickets, midhigh seating, behind home plate to the left: “Yay!”

There was only one problem. How were my friend and I going to get to Atlanta, more than 200 miles away from Valdosta?

It was over dinner the next evening—my parents and six siblings around a formal dining table that rivaled Delmonico’s for extravagance and, er, dishwashing—that I sheepishly told my parents I had sent away and procured tickets to the All Star game, “…uh, in Atlanta.” I recall my mother had just taken a bite of her roast beef and had to swallow hard before asking “You did what?” while my father’s “You like baseball?” which I prefer to remember as an “excited utterance,” an exception to the hearsay rule, always admissible on Perry Mason, that I wasn’t on my way to being determinedly gay. Enter fate, stage left.

As it happened, my oldest brother had returned from the Vietnam War weeks earlier (with a Purple Heart, I should add, for injuries sustained after being shot down by enemy fire while piloting his aircraft). He volunteered—or was drafted by my parents, my memory is fuzzy here—to drive “the boys” the six-hour roundtrip from Valdosta to Atlanta.

While there would be no commendation medal for my brother’s heroic service in this mission, true to his patented approach in life, he engineered lemonade from lemons by arranging to meet up with his girlfriend for dinner while my friend and I were at the game. At the time, his girlfriend was a stewardess (cancel me, if you must, but I fondly remember that noun) on Southern Airways, the long-defunct regional carrier. As her duty roster would have it, she, too, would be in Atlanta that very evening with a two-day layover.

And so, on July 25, 1972, on a hot and humid afternoon, with the threat of rain in the evening forecast—ever the Eagle Scout, my brother fashioned homemade ponchos for my friend and me to wear in case of le déluge—the three of us piled into his 1969 Ford Mustang Mach 1, the now classic car having also survived being in harm’s way despite my father not changing the oil during my brother’s entire tour of duty, much to the latter’s irritation. Off we went to the first-ever All-Star game to be hosted at Atlanta Stadium.

Fortunately, fate interceded again that evening and it didn’t rain, not a drop. On the contrary, the stars were out that night in full force: Rod Carew, Willie Mays, Reggie Jackson, Johnny Bench, Carl Yastrzemski, Joe Torre, Willie Stargell and the game’s MVP, Cincinnati Reds’ Joe Morgan. And, in the starting lineup, playing right field for the National League All Stars, the one-and-only Hank Aaron, who hit a two-run home run in the bottom of the sixth inning—“the most dramatic” home run of his career, Aaron would say after—to give the National League a 2-1 lead. (The game also saw the Pittsburgh Pirates’ right fielder Roberto Clemente, who tragically died in a plane crash a few months later on New Year’s Eve.)

During the game, my friend and I feasted on hot dogs, Coca-Colas and Cracker Jack (how baseball is that?) while bats were also cracking, the umpire calling balls and strikes over verdicts rendered by 53,000 yelling fans, all while the two of us eagerly awaited foul balls to find their way to our seats for the ultimate souvenir. Our favored team, the Nationals, ended up winning 4–3 in 10 innings. It was all very exciting.

The extra inning of this sporting classic, of course, only delayed our post-game rendezvous with my brother.

I hoped he’d been listening to the game on the car radio at our agreed upon meeting place in the stadium parking lot and not angry at the late hour. Finally making our way to the car, my friend scooted around to the driver side and we both climbed into the rear seats with adrenalized hellos, my brother and girlfriend cozy in the front listening to smooth jazz. “We made it,” I said. “How was dinner?”

In Greek mythology the Fates, or Moirai, are the three goddesses who spin the thread assigning particular destinies to mortals at birth. They were among the stories my ninth-grade class was reading from Edith Hamilton’s classic book on mythology. The word moira means “share” of something—a meal, a plot of land or the spoils of war. I was about to witness firsthand that my brother’s girlfriend had something to share. Indeed, in keeping with the evening’s theme, it was the ultimate curve ball. Craning her head around the Mustang’s bucket seat, she presented her left hand, a sparkling diamond ring prominently residing on her fourth finger. My brother had proposed to her at dinner!

After our initial shock and awe, my friend and I heartily congratulated my bro and his now fiancée. Feeling somewhat upstaged, however, upon leaving the stadium parking lot for the three-hour drive back to Valdosta, I steered the conversation to the baseball diamond, giving me and my friend the opportunity to recount the All Star game’s every facet—the roster of luminaries (if you include managers and coaches, 29 future Hall of Famers, my “redundant” rationale here revealed), Aaron’s thrilling home run, the din of the fans, our failed “minor league” attempt to secure two beers.

Despite all that glory, however, in the back of my mind I couldn’t stop thinking I was the first family member to know of my brother’s engagement, how crazy it was, how adult it was, how Hollywood it was. And though the evening’s dual excitement soon faded from sleep-inducing Mustang Mach 1 vibrations, layered under the radio’s soft tones, while my brother’s eyes were on the road, my heavy eyes were on the road that led us all there: my game plan for All Star mail order tickets that morphed into a mail order bride.

I like to think that the Fates’ three weaving goddesses stitched multiple wins for me well in advance of that Atlanta evening exactly 50 years ago, traditionally a golden anniversary, not yet diamond, still, the Fates’ fixed threads ensuring the safe rescue and return of my big-purple-hearted chauffeur brother, the impromptu dinner that gave me a future sister-in-law and, to be sure, the victorious National League All Stars. A prized trophy this MVP, with due regard to Joe Morgan, still holds high. And all of it in ten innings: “Yay!” 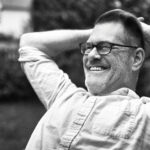 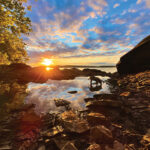