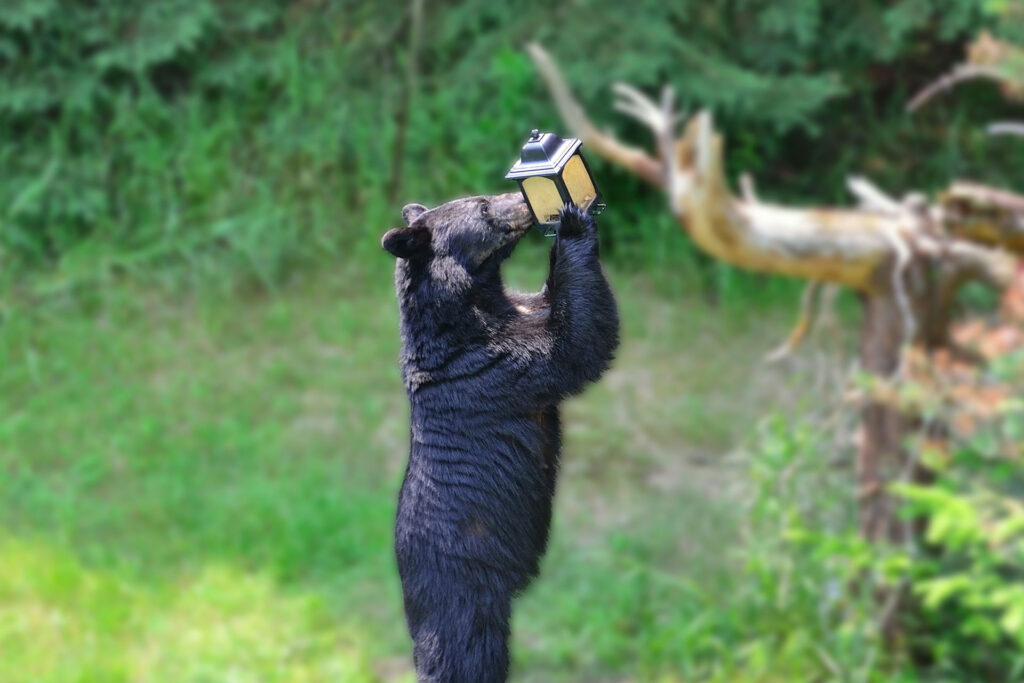 There may not be any lions and tigers, but bears abound in the Berkshires.

When I think of bears, the images that immediately leap to mind are of the chubby, cuddly variety. You know, like Winnie the Pooh. Or all those cute social media videos, such as ex-Real Housewives Of New York City Dorinda Medley’s recent cam footage of a massive bear poking around Blue Stone Manor, her Berkshires estate, which prompted fellow Housewife Lisa Rinna to comment “Oh, so cool!”

Not so cool are the scary bear encounter stories, of course. Luckily, the closest bear meeting I’ve ever had was when a stuffed ten-foot grizzly decorated the living room of a VRBO summer cabin rental. Even taxidermied, it was a somewhat terrifying sight.

But for many Berkshires residents, bear sightings are a part of life whether you’re a camper, hunter, hiker or just sitting around at home. So, what to do to keep your house from being a magnet for a not-so-welcome furry friend? “Our advice is for people to survey their environment and move anything that can be perceived as food,” says New York’s Department of Environmental Conservation big game biologist Jeremy Hurst. “Generally, that comes in the form of birdseed and garbage. What we consider to be food isn’t necessarily what bears consider food. They’re going to find that smelly, stinky garbage full of baby diapers and food scraps and consider it yummy.” In other words, clean up your space and ditch the birdfeeders. “We recommend removing them on April 1 and not putting them back up until December,” he says.

But even if you’ve done your due diligence, you might still unluckily stumble upon a bear anyway. According to the National Park Service, there are a few very important but simple steps to keep safe in the rare instance of a close encounter with a bear. No.1: Don’t run! Like dogs, bears are fast and will chase fleeing animals and humans. If the bear is stationary and calm, move away slowly and slide sideways so you never break eye contact. If the bear follows you, stand your ground and talk to it in a low, calm tone—odds are very good the animal will lose interest and move on.

Or you can always call Dorinda.