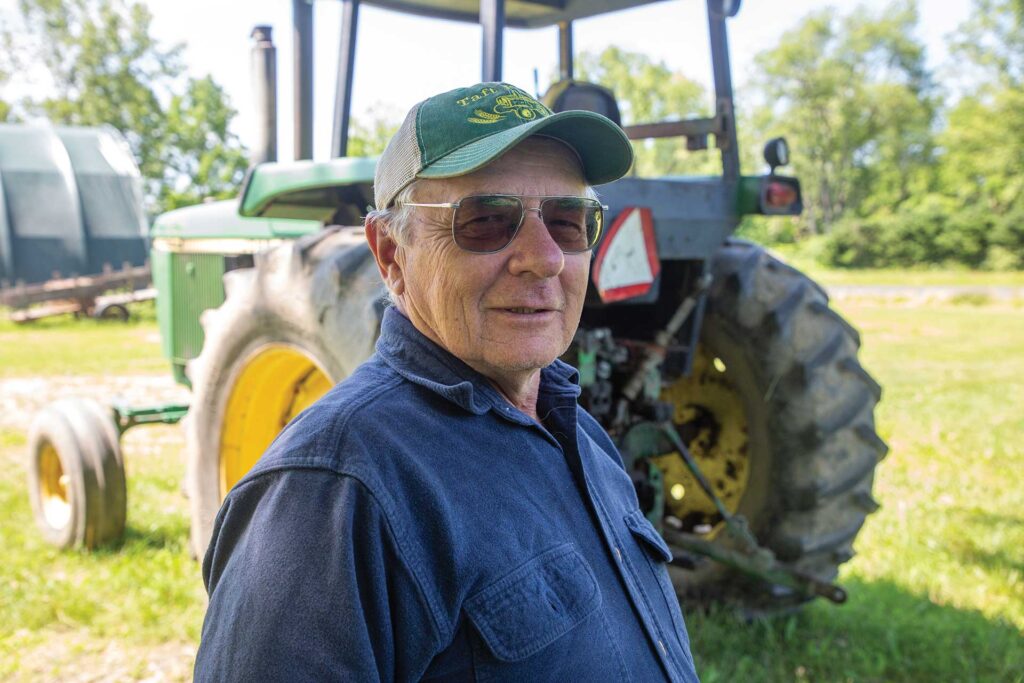 Great Barrington’s Farmer Dan bought his six decades ago. you can, too.

I’ve known Dan Tawczynski—Farmer Dan as he’s universally known around here—for years, ever since I spent summers volunteering at the animal rescue shelter attached to his farm. Farmer Dan, longtime and proud owner of Taft Farms in Great Barrington, has been cultivating land one way or another since he was a kid. Back in 1961, he and his brother, Stanley, who has since passed, purchased 85 acres to start the farm; these days, with his son Paul at the helm, it’s still a family business, spanning nearly 200 acres.

Not surprisingly, more than six decades of working the soil, Farmer Dan has seen his share of ups and downs. Owning and managing a farm might be rewarding, but it’s not always easy. As he puts it, smiling, “99 percent of running a farm is management and 1 percent of it is romanticism.”

Situated along the banks of the Housatonic River with the rolling Berkshire Hills as its backdrop, Taft Farms is best toured from the owner’s trusty pickup. As we drive through the property, Farmer Dan proudly points out expansive fields of rye and asparagus (he also has pumpkins, gourds, squash, sweet corn, heirloom and other tomatoes, kale and more). He recalls a simpler time when potatoes were stored in basements and owners of nearby, modest farms kept a handful of cows and chickens to help get through the winter. “It was just an expected way of life,” he says wistfully. “You fished, you hunted, you picked wild blueberries, you baked pies, you canned, you froze—whatever it took to make it through. I remember when we grew our own grain and had it ground into flour and baked bread with it.”

Since those early days, Farmer Dan and his family have weathered it all—from droughts to floods, from fires to pandemics. To those enchanted with the idea of owning a farm, he says, it all boils down, in some ways, to one word: work. “The only way to find out what farming takes is to get into it, do it and learn from the hard part,” he says. Here are some of his best farming tips:

Focusing on one primary crop can be limiting since you might have to sell the item wholesale, and those prices can change drastically. If you specialize, instead, on a few choice crops, you can mitigate early losses. When you sell direct-to-consumer, you’re better able to gauge what your customer wants.

Farmer Dan learned this valuable lesson from his parents. If you plant a crop that isn’t suitable for your particular soil and climate, “then you’re starting out with one foot in the grave.” Growing certain crops on a hillside or on rocky terrain or planting too close to a river with the wrong pH level translates to time, effort and money spent on a venture that’s doomed from the jump.

You’re not alone in your journey, he says, and fellow toilers of the land can give you a much greater perspective and open more doors to others who can help.

“Anyone who wants to get into farming shouldn’t lose sight of the most obvious resource available: land-grant universities,” says Farmer Dan. “These were established with agriculture in mind. A number of government organizations also provide funding—it could be grants, but usually it’s low interest loans.”

For any farmer, it’s incredibly valuable to understand what your land needs. Keeping the soil vital ensures that your produce will be naturally healthier and more insect-resistant. “Every couple of years, we take things out of production and build the soil, increasing the organic matter, and it makes all the difference,” he says. “Yes, I can buy fertilizer, but it’s not the same. You just don’t get the same quality.” Once the soil recovers, you can grow a new crop on the restored acres. “It’s not just a matter of taking; you have to give back.”

With a slow-build chuckle, Farmer Dan says, “Maybe it’s the romantic in me talking, but I’m hoping I’ll be leaving the land in better shape than when I found it. I think that’s everybody’s responsibility.” Farmer Dan’s right. As he usually is.