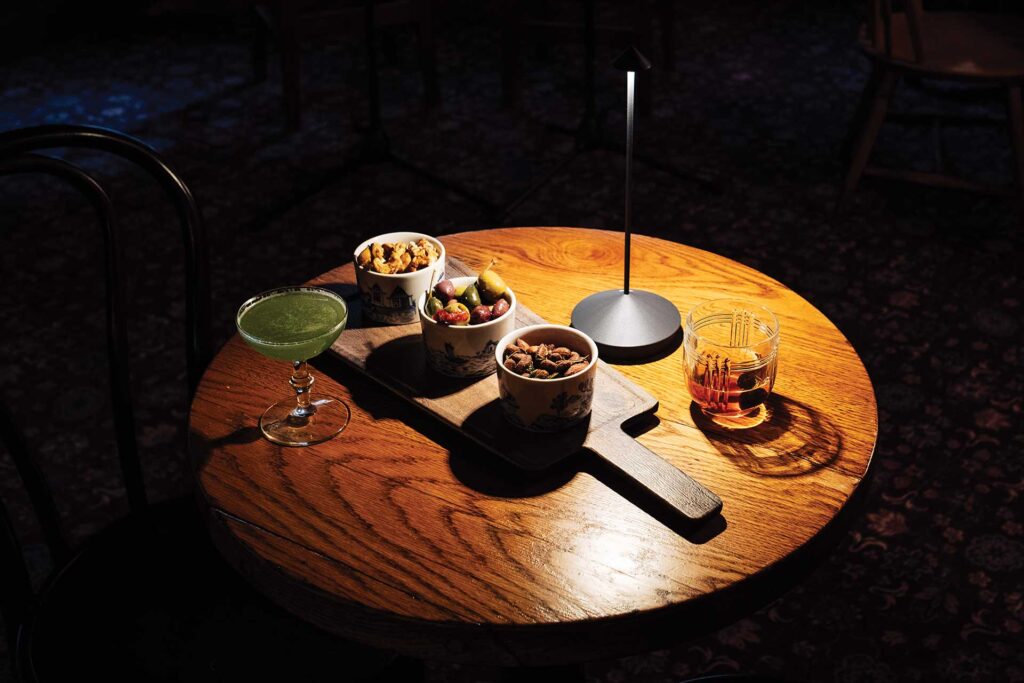 What’s been turning my head lately? I’m so glad you asked.

Stockbridge’s Red Lion Inn gussied up its mane for the busy summer season. The venerable Lion’s Den reopened its doors recently, offering speakeasy worthy cocktails and live jazz. If cocktails aren’t your thing but finding that perfect gardener’s apron or the perfect flower arrangement is, head past the Inn’s Main Dining Room and into Township Four’s newest location.

When Cantina 229 shuttered its doors at the end of last summer, a collective “Say it isn’t so!” could be heard far and wide from its New Marlborough location. A favorite among both gastronomes and parents of young ones, devotees are back to indulge in chefs Ray Stalker’s and Oliver Antune’s unique menu. Its taco nights have returned as well—twice! On Mondays and Tuesdays, Justin and Mariah Forstmann drive onto Cantina’s pastoral meadow and take over from their Chingòn Taco Truck. If there was ever a reason to extend your weekend visit, this is it.

South Berkshire County has recently experienced a surge in the food scene, and one of the most welcomed is Momma Lo’s. Lo, short for Loretta (whose last name is McClennon), first set up her barbecue stand in Craryville, but this spring she moved her business to Great Barrington in the location most recently inhabited by Steam Noodle Cafe (which moved to Main Street). Whether you’re a barbecue aficionado or a first-time neophyte, and whether you chose her pulled pork, brisket, ribs, jerk chicken or barbecue chicken, McClennon’s Tennessee-infused flavoring will make you ask for hints about the recipe. Don’t waste your breath; her sons don’t even know.

Eight years into waitressing, Avie Maloney decided to become the owner of Once Upon A Table. She renovated both the interior and the menu of her charming restaurant hidden away in a Stockbridge mews, filling each dish with locally sourced ingredients and turning out plates that are both thoughtful and evolving, thanks to her reliance on those aforementioned local ingredients.

When Travis Brecher started selling his amazing Creature Bread sourdough loaves in 2019, we became fans. What began at a tented fold-out table at the New Marlborough farmer’s market has expanded into a local empire. Using organic flour, Brecher and team (his parents) do all the mixing and kneading upwards of 150 loaves with their hands. Time it right and you just might land a loaf that’s still warm.

E-bikes are like kombucha, or cornhole. Preconceived notions might make it tempting to form—and even voice—opinions, but it’s usually best to hold off judgements until you’ve tried them. When I first heard about e-bikes, I thought, “I’m not a grandma yet! [Well, actually, now I am] Noooo, thank you!” The notion of acquiescing to assisted pedals felt as distant to me as acquiescing to assisted living. What a dolt I was.

E-bikes are basically a type of bicycle. Hop on, start pedaling and it’ll get you places. What’s cool about an e-bike is that it’ll get you places faster than a standard bike. There’s also that minor rush that courses through your body when you increase its power levels, and where’s the downside of an organic high?

After years of passing judgement, my husband and I decided to test drive some e-bikes and became, in a word, addicted. We own two knock-abouts (he rides a Specialized Turbo Como, mine’s the Gazelle Ultimate C8 HMB), but since we also enjoy road biking, my mother’s (fine…grandmother’s) day gift last year was Specialized’s e-bike version of the road bike, the Turbo Creo. I won’t go so far as to say the Creo has saved our marriage but having a battery on my bike cut the number of temper tantrums down to zero whenever we find ourselves at the base of a challenging hill. Let’s do this: level three!

So, sure, you can be the toughie and scoff at battery assisted bicycles. But I still work up a sweat on my e-bike and my legs are wobbly when I hop off. That ride is a little more fun, and a little faster. One more reason helmets should be mandatory. Not that I’m judging (but I am).