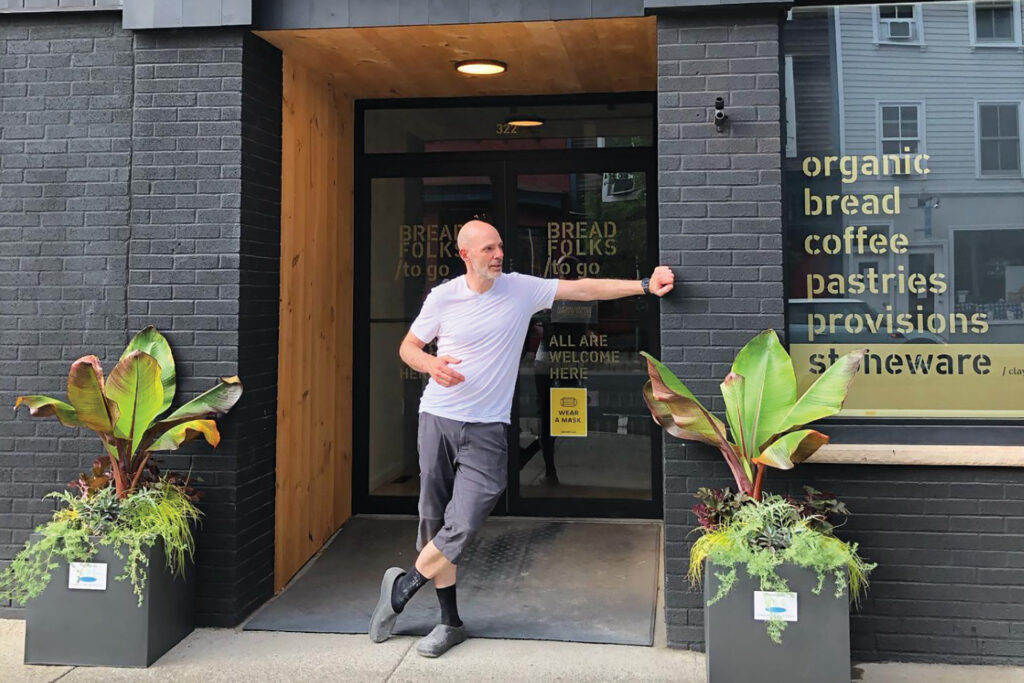 The famed photographer-turned-baker’s ‘determined delicacy’ is on display at Breadfolks.

Pictures and Words by Kevin Sessums

I recently returned to my home in Hudson, NY from a two-month sojourn in London and fell right back into my routine which basically is built upon my heading on Friday, Saturday and Sunday mornings to Breadfolks Bakery down a few blocks on Warren Street where I live so I can get a loaf of country bread, a couple of croissants and an orange morning bun. I’ve eaten croissants across the globe and the best ones I’ve ever had are concocted by photographer/baker Norman Jean Roy at Breadfolks.

Norman and I have trudged the glamorous magazine byways over the years, but our paths never really crossed until we both ended up here on Warren Street finally crossing over croissants. Just as he brought artistry to glamour photography, he brings his artistic touch—a kind of determined delicacy—to his baking. Having studied at the San Francisco Baking Institute, Norman has mastered the kitchen in the way he mastered the dark room, and the results now can be found on tables all over the Hudson Valley and beyond.

I was standing in line one morning with a woman who told me she drove down from Vermont just to buy his baked goods. I pretended to be shocked, but I understood  There’s a keenness to his kitchen artistry just as there is to his way with a camera. His photographs could airily be described as deliciously arch. But I’m selfishly glad such deliciousness can now be found in the airy arch of his croissants.

They frame my weekends in Hudson